That’s really not that bad as it sounds. The Lady Eagles made their school debut in the NAIA last winter, finishing fourth in the Red River Athletic Conference before bowing out in the league’s tournament championship game to the University of Houston-Victoria.

The Lady Eagles battled the elements and team chemistry early in 2018, but finished strong with a 19-19 record, and one win away from the national playoffs.

“All of our seniors are back, including some juniors and sophomores,” second-year coach Marie Stone said. “Rain really hurt us last year, playing a big role in our slow start. We were trying to find out who could play what positions, and we couldn’t get outside much because of the weather. We hope there’s a positive carryover in 2019 after our strong finish. The conference’s preseason poll has us picked to finish third.”

Lady Eagles have experience in the circle

Stone and assistant coach Jordan Gabriel have two senior pitchers who did almost all the work in the circle last season. Native Texan Cassie Vasquez came to Texarkana from Murray State College, while Ashley Nipper of White Oak, Texas, moved in from Bossier Parish Community College. 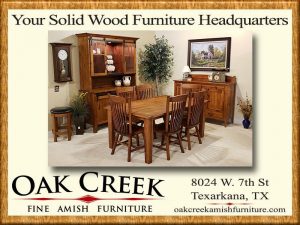 “I feel pretty confident about our pitching staff,” Stone said. “Our seniors showed they could handle things well in conference last year. We just have to stay consistent and work ahead in the count. We expect Lauren to pitch a lot of innings this season.”

The majority of the Lady Eagles are college transfers. That was the plan when Stone took the reigns in 2018.

“We don’t necessarily have to recruit transfers, but I personally prefer building a program with transfer players because they bring maturity as well as playing experience,” Stone said. “That’s compared to bringing in 20 freshmen who don’t know what it’s like to go through the grind of being a full-time college athlete and student.”

A&M Texarkana has one of the best softball facilities at Spring Lake Park, according to Stone. There’s been several upgrades since the school decided to have a softball program.

Stone pins her hopes this winter on the team’s defense, ability to put the ball in play, and baserunning.

“If we have weaknesses, we’ll find them during the next few days in practice,” she said. “We just got back on campus from the holiday break, and if we didn’t come back in shape it will hurt us.”

Senior infielder Kacey Maines of Carthage could be an all-conference performer for the Eagles. Tyler transfer Jaden Lance appears to have won the starting job at shortstop, and Morgan Bullock of Harleton is being counted on heavily in the outfield. She was also at Bossier Parish last year.

The Eagles’ season begins Feb. 1-2 with a four-team classic in Texarkana. A&M-Texarkana plays Sterling College and Bacone College the first day. Webber International will be the fourth college participating.